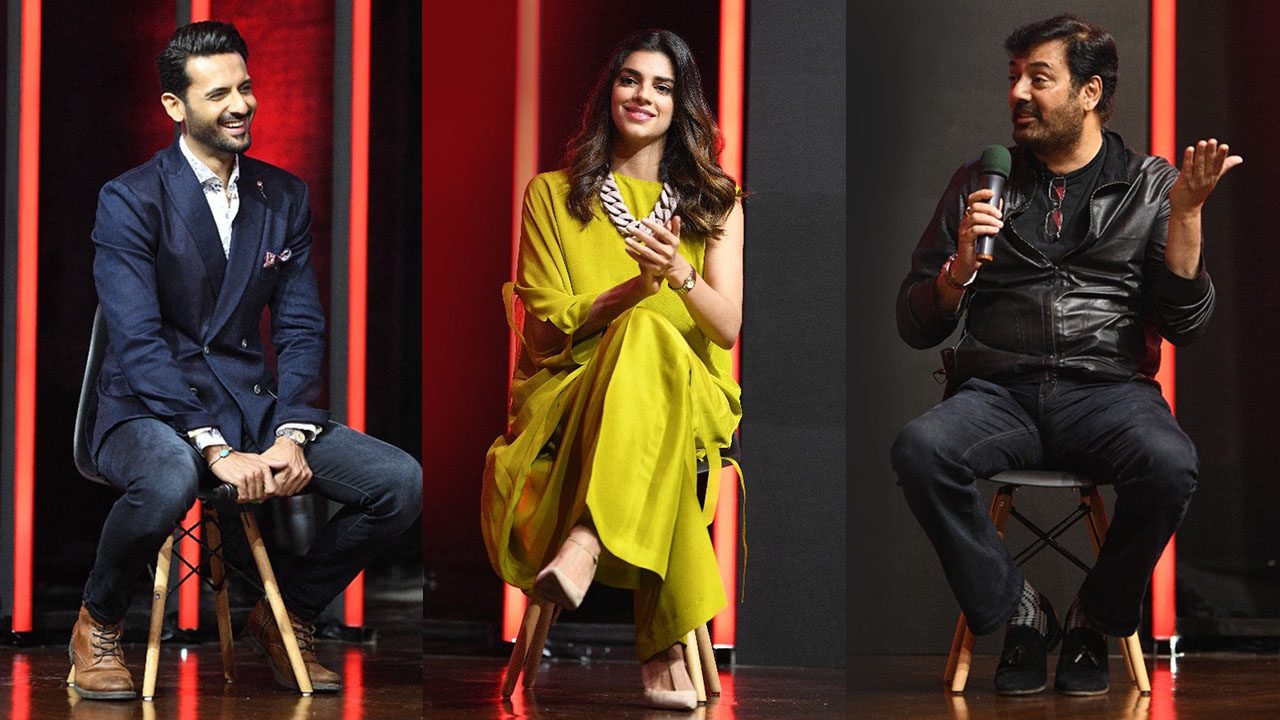 Feature films have been hovering over our local film industry ever since the dawn of Lollywood, but with time, we can see audiences appreciating other forms of storytelling like web-series and short films. Pakistan is fairly new to the idea of short films; some of them having won awards like Darling, The Misunderstood, Tumhari Pam Pam, and various others. These short films are an excellent vessel to showcase talent and Innovative Biscuits just provided a platform for all these talented artists to showcase their work.

A platform to display the work of more artists, Innovative Biscuits launched a digital platform “Digestive Showtime” which will aid in bringing storytellers and the film community together. Talking about the star-studded launch event last night, it all started with a red carpet hosted by Munib Nawaz where guests interacted and share their thoughts on Innovative Biscuit’s new venture. The event was attended by industry veterans including; Noman Ijaz, Resham, Bilal Lashari, Ammara Hikmat, Seemi Raheel, Vasay Chaudhry, Omair Rana, and Javad Bashir and cast and directors from the short films featured on Digestive Showtime, including; Sanam Saeed, Mohib Mirza, Sultan Ghani, Ahsan Rahim, Mukhtar Zaidi, and others guests. Yes, all COVID SOP’s were properly followed.

The event began with a humorous and engaging monologue by hosts, Ali Aftab Saeed and Marhoom Ahmed Bilal, who really set the mood for the remainder of the night. Following their bit was a keynote speech by Senior Brand Manager and Platform Producer, Syed Talha Imran who spoke about the essence of Innovative Digestive and creating content that was relatable for local audiences and closed the note with a showreel around the “Digestive Showtime” concept and the five short films.

The hosts then invited onto the stage a panel of the film community which included Mohib Mirza, Ahsan Rahim, Sana Saeed, Noman Ijaz, Sultan Ghani, and the Director Marketing and Executive Producer of Digestive Showtime Mr. Umair Mustafa where each of them were questioned on essential points regarding the short film platform.

The panel established that the process of making a feature film and a short film is the same. The structure of storytelling may have changed and evolved but the effort and process of achieving the finished product are the same and the duration should not make the audience feel like less effort was put in.

What really caught our attention was Sanam Saeed’s statement when she was asked by the host about the importance of dance, songs, and glamour. She said that short films an excellent way to showcase talent. “Short films are a stepping stone for all artists to display their talent to a specific audience. Such films are usually made on topics that are more real in comparison to feature films. There is no need for dances or songs (except for OST’s) in films and the audience that is interested in those aspects of films have feature films to satisfy the need. However, each film on the platform has its own OST’s and original scores”. She also added that dramas with more realism are more appreciated than those with typical stories. Short films are for real storytelling without the need for glamour.

Noman Ijaz had similar views. Known for his controversial statements, Ijaz added that through short films, subjects that are usually rejected by TV channels can finally be talked about. Topics that international audiences acknowledge, real social issues prevalent in Pakistan that we are too scared to highlight, such stories can be communicated on no better medium than a digital short film, one that Innovative Biscuits has finally provided to the film community.

When asked about the significance of the platform, Director Marketing, and Executive Producer, Umair Mustafa commented, “We look forward to celebrating the launch of “Digestive Showtime”, which aids Innovative Biscuits in bringing storytellers and the film community together. As we take our first steps towards launching this platform, we have centered our thoughts and plans on the filmmakers and filmgoers who have been starved of good content with great production values. Our focus has been good storytelling – we want to bring forward stories, which the audience resonates with and they find themselves very close and similar to. Brands have been supporting the music industry but storytelling has received less attention. We have realised a gap in the industry and we plan to successfully fill this with “Digestive Showtime!”

The event was closed with a viewing of the first trailer from the short film “Yorker”, which was highly appreciated by the audience in attendance, including us.